If you’ve ever seen an ad that follows you around the Internet, wondered why certain promoted tweets keep landing in your feed, or why your in-laws seem to be in a parallel universe of fake news – welcome to the online world shaped by Facebook and Twitter. With two billion users and a “mere” 330 million users, respectively, these two networks literally shape the reality of a significant portion of humankind.

However, these kinds of online happenings are just products of the real reasons these two companies exist: to sell who you are, what you’re interested in, and what you believe from advertisers both large and small. You are a collection of data points online. Given enough data, enough processing, evermore clever algorithms, machine learning and specialized AI systems – Facebook and Twitter increasingly share your online experience. Yes, they are there from the moment you reach out for your phone in the morning to the last site you visit late at night.

Nearly 20 years ago, a leading tech CEO said, “You have zero privacy anyway, get over it.” That sentiment seems positively quaint in light of how the web works today. The question is not are we giving away too much of our personal data but is there anything about ourselves that Facebook and Twitter, in their endless quest to satisfy advertisers, don’t know about us.

These two instances of centralized, proprietary social networks stand in stark contrast to the older ideas and ideals of the World Wide Web – but there are alternatives. Alternative forms of social networks are created based on the same technology that lets a single company create and maintain a single vast network.

Mastodon is one such good alternative social network. The platform strives to create a federation of individually moderated communities where users can control completely the amount of personal data they share and where conversational trolls and ogres are banished. Mastodon, compared to Twitter and Facebook in rounding error, is showing that not all networks have to exist to feed advertisers your personal data. 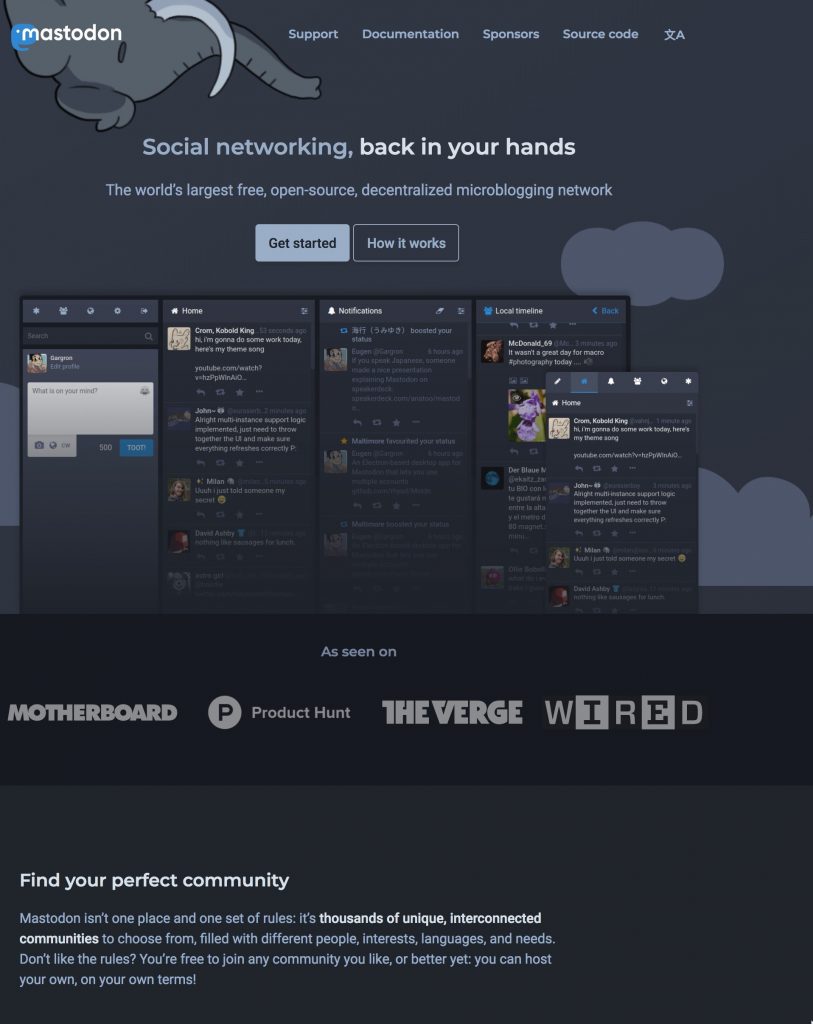 Mastodon is a decentralized network of “instances” running Mastodon’s open-source software. Some instances have thousands of members and there are some with only two members. Each set has its own rules about what’s permissible – nudity, advertising, spam, bad behaviour, etc. – and whether tweets, er, “toots” are moderated or not.

Since it started in October 2016, Mastodon has now over a million users and about 1,500 instances – a drop in the bucket compared to Twitter, which took 24 months to reach one million users.

Since Mastodon instances are individually managed, we have nothing to go on that data that is not being sold, except that Mastodon’s software, by design, does not collect data about your movements and likes within the system.

Mastodon does have some significant limitations. Searching is very rudimentary, there are very few instances that are not the personal labours of love of one or two people, and the content veers to games and gamers.

Whether Mastodon can outgrow its popularity among juveniles and cat people remains to be seen. In some ways, Mastodon is what a decentralized social network almost should be. Because you are the product that is being bought by advertisers, those advertisers are generating huge revenue streams from Facebook that funds a small army of developers and UX people who spend their days improving the service and getting it to scale.

The flip side of decentralized networks is there’s no one paying for the development and engineering tasks that are required to grow and enhance the software. A social network based on charging users has been a non-starter.

But then, along came cryptocurrency and the blockchain.

When Bitcoin went from about $1,000 USD at the start of 2017 to $19,000 by the end of last year, it got a lot of attention. Cryptocurrencies like Bitcoin had been quietly mutating and slowly spreading among mostly technogeeks for years; the sudden jump in value in 2017 poured fuel on the fire.

Beyond the simple general public stories of Bitcoin’s fast elevator rise and the various price corrections, there’s another story: cryptocurrencies are becoming a way “to pay things,” wildly different assets than traditional finance. They are shaking up how startups work. At one point in 2017, more money was raised in Initial Coin Offerings in hundreds of cryptocurrencies each month than what was flowing into Early Stage Venture Capital Funds.

This is the best description of Initial Coin Offerings:

ICO stands for Initial Coin Offering. It’s a way to crowdfund your business venture by issuing your own tokens that then can be used to redeem value in the ecosystem of your startup. If you do a good job selling your vision, people will buy those tokens, and you’ll end up with the capital you need to start your venture.

A lot of these tokens (coins) can also be traded on major cryptocurrency exchanges. That means that if your project goes well, your tokens will rise in value, and investors will be able to sell them for a nice profit.

Cryptocurrencies and decentralized networks may be a match made in heaven. That being said, here are two new networks using this newly popular technology to redefine the possible when it comes to social networks:

Steemit will pay you

Steemit is a social network that pays its members in cold, hard cryptocurrency for the content they produce, based on how popular that content is. 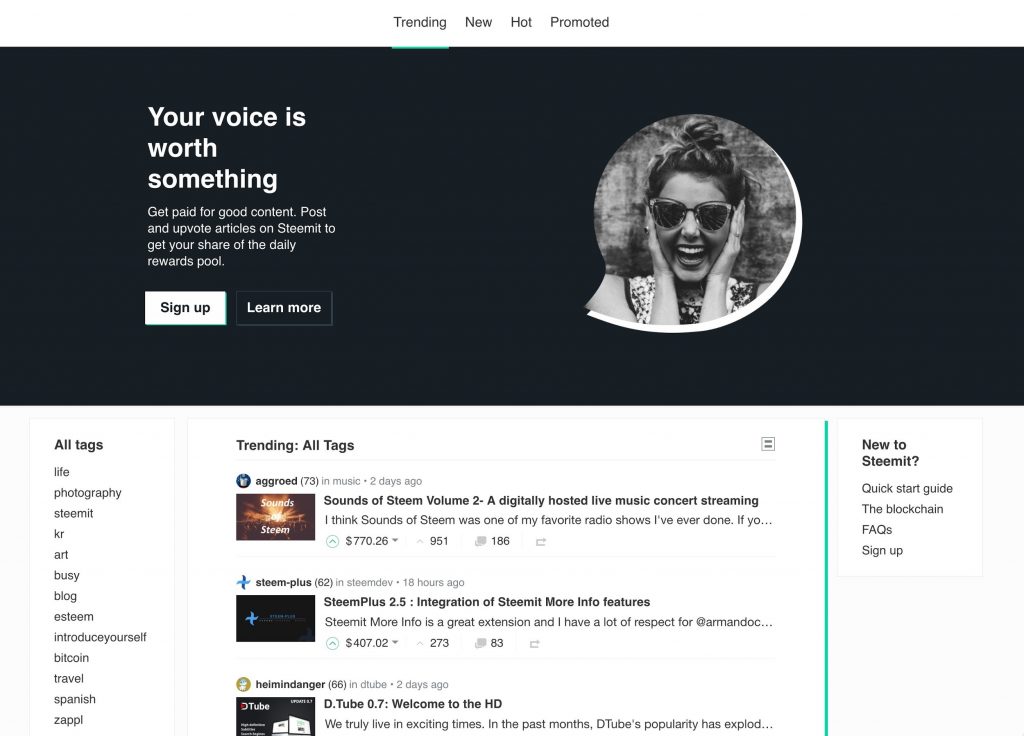 So far, Steemit has paid out in its cryptocurrency over $30 million in “real” money for content and upvotes on its social network and has 334 thousand users posting an average of a post a month. Its valuation is around $300 million in US dollars. Not bad for a social network not yet two years old.

The description of Sphere reads like it was ripped from the pages of decentralized networking:

Sphere was built on the idea that privacy, company transparency, and data security should be the fundamental building blocks of every social platform. So we believe that the millions those corporations are making off of your data don’t belong to them, it belongs to you. We are creating a decentralized social network, separate from those corporations, that allows exactly that. You have a say, you get compensated, and above all, you take back the power with every connection and every interaction. 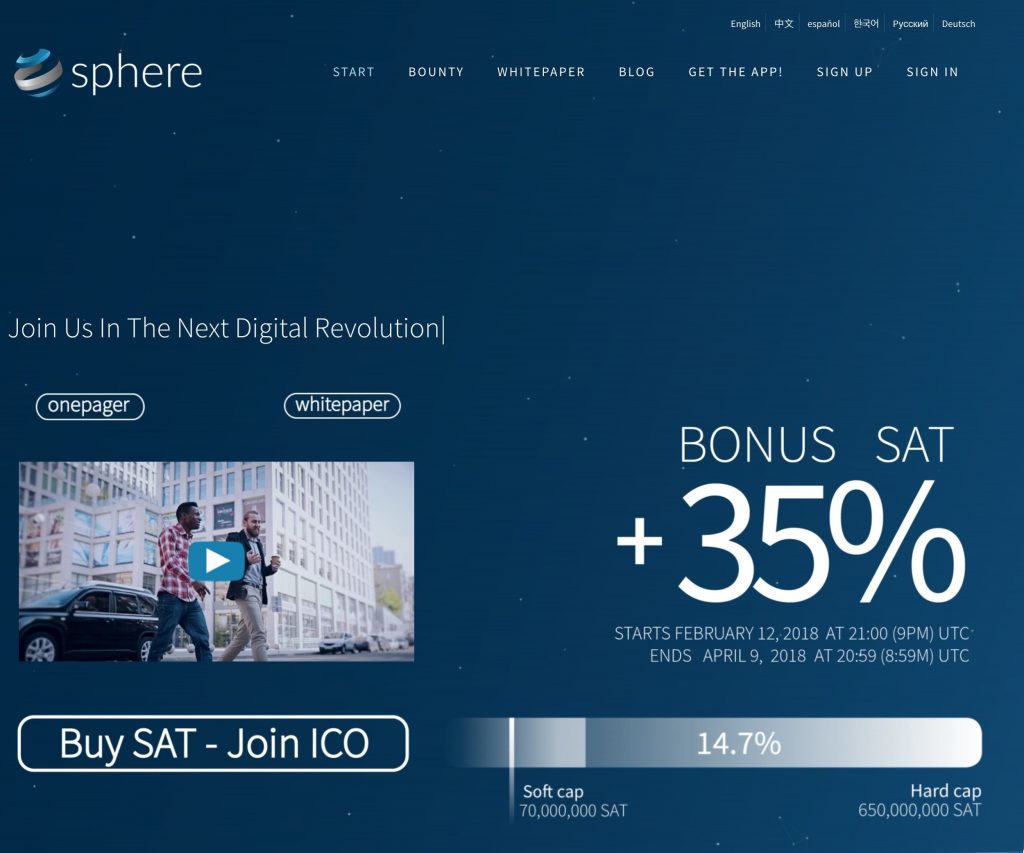 Sphere has an iPhone app but has yet to publish any numbers about the size of its network and funds raised.

This may sound like an oxymoron but there are cases when this approach makes sense. And we have solutions for collaboration such as Slack, Yammer and Microsoft Teams that leverage the social network dynamically to get staff interact on a regular basis.

The decentralized social network model would work best when running multiple, independent instances. A business may also want to launch its own cryptocurrency to reward its own staff.

With privacy and security becoming a major concern for more businesses, keeping tech and data in-house is an attractive proposition.

If you have installed WordPress on a server you’ll be able to set up a social network like Mastodon, no doubt.

While the process is straightforward you need to think about performance and capacity. These become an issue when your network grows and all those shared images and videos start taking up a significant amount of space. Concurrency will slow your server down if the hosting environment doesn’t have the grunt to handle hundreds or thousands of users at the same time.

Shared hosting may suffice for small-scale projects, but for anything else, a virtual dedicated server (VDS) is recommended.

Other decentralized social networks are crowdfunding via issuing their own cryptocurrencies, faster than the Internet can keep up with. However, it’s way too soon to tell if any of these startup networks will become the next Twitter, let alone the next Facebook. And for every cryptocurrency opportunity, there appears to be a crypto-scam or ripoff in the making.

One thing is clear – cryptocurrency is breathing new life into the older idea of decentralized, open source networks, with (at least) the possibility that new social networks can form without becoming funnels for personal data to feed advertising.

Similar to that of shopping at a physical store, an online experience can either give you peace or a real headache as to where and what you are looking for.

Round the corner is our favourite time of the year where friends, families, chocolates (and maybe some bunnies) come together for a celebration!
The concept of Easter is substantially a new beginning and an opportunity to be reborn! This message is a chance for telling customers to look to us if they haven’t already done so. It presents a good chance for businesses to showcase a more creative facet – a facet stuffed with egg treasure hunts and cute flossy chicks.

The following are some of the cheapest Easter marketing campaigns that incorporate superb integrations with social media activity and creativity for small businesses.

Greeting cards are a great way to engage customers on a more personal level. By taking greeting cards to the digital world, how much more engaging would that be for businesses and its customers?

Wish customers happy Easter and thank them for their contributions thus far. At the same time, grab hold of the opportunity to boost sales. Instead of the traditional expensive printing, consider making the most out of customised e-greeting cards.

Email marketing is another budget way to advertise your product or services on Easter. You can send your message to an existing database or rent an email list comprising those who fit your target demographics. Albeit cheap email marketing, a lot of emails need to be sent out in order to earn high sales volume. Here’s some steps to follow:

The best pieces of content are those directed at your key audiences. So give them the content they are looking for! Here are some tips to content marketing:

Now that we all know what’s good and and of great value to small businesses, it is essential to choose the best option (spend little and make a lot of money) for your business while integrating the digital world (it’s what technology is all about!) as part of your marketing strategy and to avoid being awkward with your advertising. Consider first the media platforms you want to include in your campaigns and come up with attractive outlook of your chosen platforms (To captivate your readers, of course)