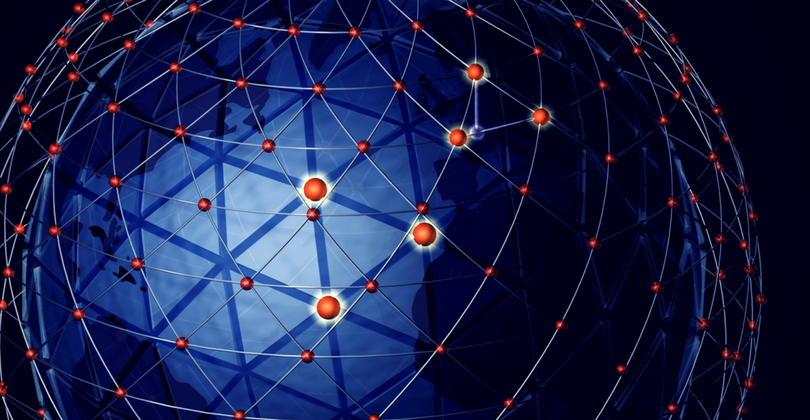 If you’ve been laser-focused on a cryptocurrency (like Bitcoin) project for the last six months or so, you might have missed the start of something important – the blockchain.

That something – the blockchain – is quite suddenly turning up in startup press release after press release, and in the pages of the New York Times.

To date, most people have heard of Bitcoin, that government-less digital thing that gone from pennies to a dollar to $19,000 (and some change) for a single Bitcoin. Yes, Bitcoin prices are enormous.

The Blockchain demystified and defined

What is a blockchain? Let’s start with a definition:

“The blockchain is an incorruptible digital ledger of economic transactions that can be programmed to record not just financial transactions but virtually everything of value.” – Don & Alex Tapscott, authors of Blockchain Revolution (2016).

Banks are ledgers. Put money in, and somewhere in your back, your account is increased. Debit money from your bank for a nice latte and your entry is decreased. Banks, so far, use centralised ledgers to record who has what, who owes what, and who has paid and how much. Being centralised, they make juicy targets for nefarious miscreants who want to hack their way to riches, as long as they’re not caught.

But what if instead of one centralised ledger, every account holder of a bank could have a copy of that ledger that updated itself, was unalterable, and needed a majority of all account holders to agree on each and every transaction? Impossible? Think about those smartphones everyone has and how they contain many orders of magnitude, more computing power than the largest ledger would use.

Blockchain technology is just that – computerised, decentralised ledgers for tracking and claiming economic activity, in this world where everyone and their cat has a computer. Or three, or five.

And when you get right down to it, an awful lot of everything is about making, adding, and subtracting from ledgers. From the time your Mum and Dad settled the hospital bill when you were born to paying for a solemn gentleman who will dispose of your mortal remains, just about everything is a series of financial transactions made to various pre-Internet ledgers.

Blockchain, quite literally, changes everything.

Ever wish you could escape economy-class hell because your mileage points were spread over several different “loyalty clubs”? 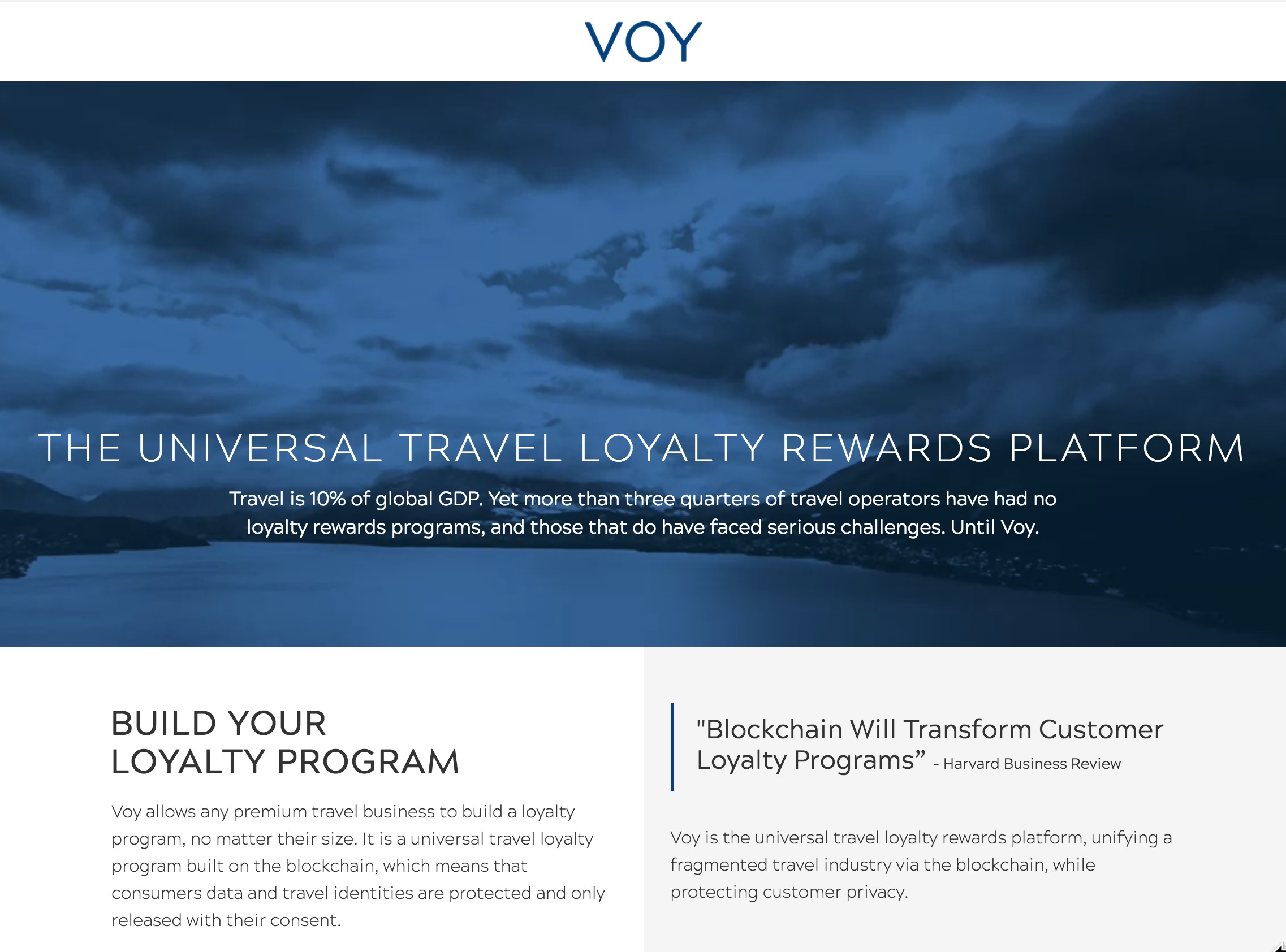 Originally born as a solution to the internal demand from Surf Air’s members’ need and desire for a rewards program, VOY will provide a loyalty platform for travel companies of all sizes including hotels, restaurants, car rentals, airport lounges and much more that will all be able to access a global network of travelers. Nor is Surf Air just hot air: When VOY launches this summer, it will not only be a blockchain-based rewards programme but a payment option for Surf Air and its preferred hotel partners like the Dorchester collection and the Waldorf Astoria.

“While blockchain is best known as the technology behind bitcoin, it is simply a mechanism for creating an immutable, decentralised ledger of transactions, shared across a network of participants,” said Richard Jordon, President of VOY.

“This removes the need for explicit trust-based relationships between all parties in the loyalty ecosystem and allows even small companies to have programs that scale tremendously. The blockchain lets VOY empower businesses to break out of the old loyalty program mold, of narrowly defined one-size-fits-all programs and limited redemption options.”

So the blockchain is only for high-flying airlines with cryptocurrency aspirations? Nope. Propy.com – a global property market and decentralised title registry – has seen first-hand how blockchain, as a millennial-friendly technology, will bring a younger generation back to homeownership. For some reason or another, millennials don’t exactly trust banks: maybe it was the financial crisis of 2008.

Millennials do trust the blockchain because, by its nature, it can’t be hacked. 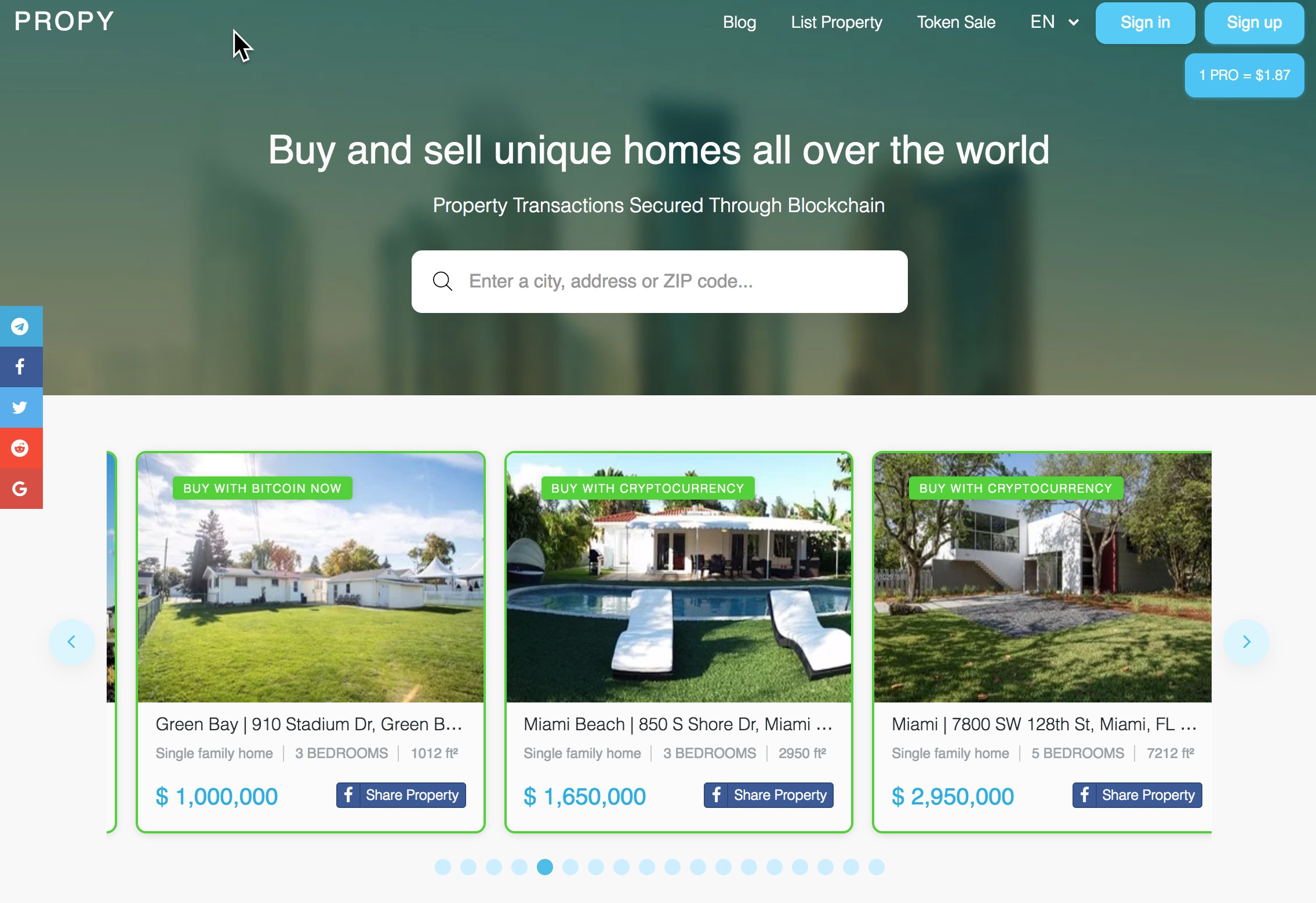 Consider blockchain and the educational industry. One company, Excelorators, a provider of education services to overseas students and executives in the United States is building ODEM, a blockchain and marketplace.

“We’re strapping blockchain technology on Excelorators’ network of more than 200 professors at top universities,” said ODEM CEO Richard Maaghul. “By reducing the role of intermediaries, we strengthen the relationship between those professors and students. Both sides of the equation have more power to affect positive educational outcomes.”

So maybe all this blockchain stuff is just another chase for a shiny new thing, and despite the billions of dollars that have rushed into the rapidly burgeoning “blockchain sector”, it’s all a big con. Maybe.

But the next time you take an Uber instead of a cab, or stay at an Airbnb instead of a hotel, or talk on your mobile instead of finding (if you can find) a landline, consider this:

Remember the saying that the future is distributed unevenly? Blockchain is a major part of that future, and its coming sooner than you think to your life as well.